DNA testing can give you peace of mind over the biological identity of your child. This is becoming increasingly important for two reasons:

The uptake in home DNA tests means that parents are making the shocking discovery that some fertility doctors have used their own sperm to ‘treat’ their patients’ infertility issues. The unsuspecting mothers assumed that the sperm was from their husbands or anonymous donors. The phrase ‘doctor-conceived’ has been coined as opposed to the usual term for persons conceived in this manner: ‘donor-conceived’.

Only last month, a Californian couple had to travel to a New York court to gain custody of a baby boy who shared their DNA, but was born to another woman. The genetic material was allegedly put into the womb of another woman during an IVF procedure at a Los Angeles clinic. The unsuspecting woman was implanted with two embryos that were neither related to her or each other.

Although mistakes and mix-ups are extremely rare, DNA testing can establish the identity of a child’s biological mother and father for certain.

During the IVF process, doctors collect eggs from the mother and fertilize then with sperm from the father or a donor. Fertilization takes place in a laboratory and the resulting embryo is then implanted in the mother’s womb. There is a small risk that the wrong embryo is implanted. Such a mix-up could result in a woman carrying a child which is not biologically related to her. Although mistakes of this kind are extremely rare, parents might find it reassuring to take a DNA paternity test and maternity test for their peace of mind after the child has been delivered.

Both of these tests can be performed in newborn babies by collecting a DNA sample immediately after birth. This simple process just involves rubbing a mouth swab (much like a cotton swab or Q-tip) on the inside of the baby’s cheek for about 20 seconds. This collects a sample of buccal cells, which can then be analyzed for the DNA back at our lab. This method of collecting cheek cells is very quick and painless, and should cause no distress to the baby. A paternity test would also require a mouth swab from the father. The mother would need to provide a similar sample for a maternity test.

Prenatal paternity tests can be performed before a baby is born to confirm if the sperm donor is the biological father. This confirmation can only be made when the mother is certain she is carrying her own embryo. The test can be performed from as early as 6 weeks after conception (or 8 weeks after the last period). This non-invasive method requires a mouth swab from the sperm donor and blood to be drawn from the mother. There is no risk to the mother or the unborn child when taking this test.

More information can be read in our article on prenatal paternity testing while pregnant.

For information on our range of DNA testing services, contact us via Live Chat, call 727-325-2902 or email info@alphabiolabsusa.com 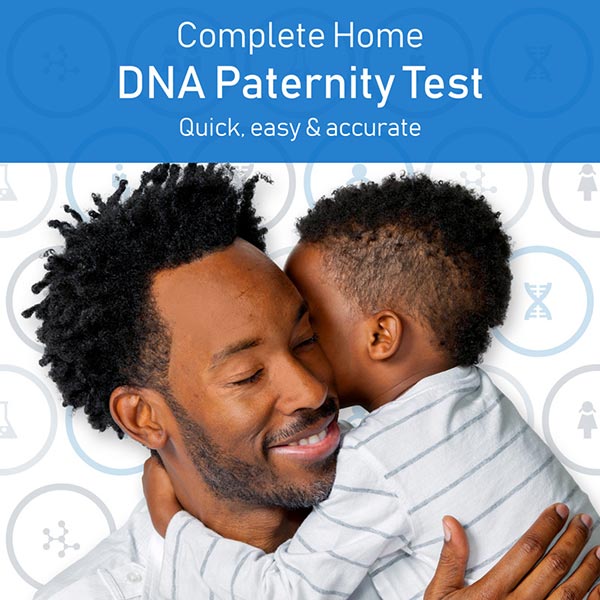